"I'd love to, but unfortunately Foundation Prime's location was wiped from my memory, along with all my important phone numbers and gluten free recipes. It's a real pain...."
―X-PO in LEGO Dimensions 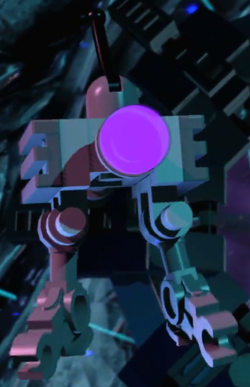 X-PO is a character that appears in LEGO Dimensions and serves as the Adventure Worlds guide.

Later in the game, Batman, Wyldstyle, and Gandalf see a few pieces fall off of the Vorton portal. These pieces form X-PO, who will from then on in the game give the player hints on how to deal with certain objects.

X-PO appears to be constructed with nine pieces, but only six different elements. The "arm" pieces are the same used for 2014 Hero Factory minifigures. 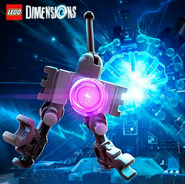 Add a photo to this gallery
Retrieved from "https://lego.fandom.com/wiki/X-PO?oldid=1906381"
Community content is available under CC-BY-SA unless otherwise noted.