"Ahh... Spider-Man! And you bought a friend!"
―Vulture in LEGO Marvel Super Heroes 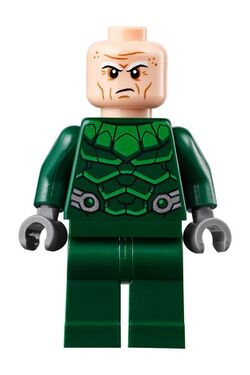 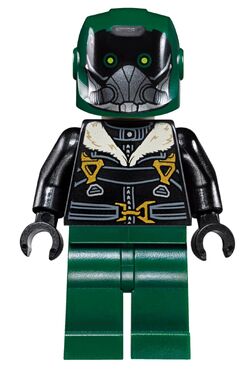 Adrian Toomes was an inventor who lost his company to his business partner, who betrayed him. He donned his last remaining invention, a flying costume, and became the Vulture to begin a life of crime, thus becoming an enemy of Spider-Man. He was one of the original members of the Sinister Six.

Adrian Toomes is the former owner of Toomes Salvage Company, based inside New York City, who was forced to turn to a criminal lifestyle after his livelihood was usurped by the Department of Damage Control, a joint venture between the federal government and Tony Stark. Recruiting his co-workers and equipping himself with a flying exo-suit created from Chitauri technology he had stolen, Toomes took on the identity of Vulture and spent the next four years stealing advanced weaponry to sell on the black market. Toomes' activities were noticed by Spider-Man, forcing him to hunt down the young hero. During their final clash, Vulture's life was saved by Spider-Man and in turn, Toomes decided not to reveal Spider-Man's true identity to the other prison inmates.

Vulture in the comic book

Add a photo to this gallery
Retrieved from "https://lego.fandom.com/wiki/Vulture?oldid=1964706"
Community content is available under CC-BY-SA unless otherwise noted.