Victor is a Teenage Mutant Ninja Turtles minifigure introduced in 2014.

Victor was a normal human and a citizen of New York City that had caught the Turtles fighting The Kraang on his phone, threatening to reveal it to the world unless he received money. He was then captured by the Kraang and accidentally mutated into a spider due to one touching his phone when the ooze hit him. 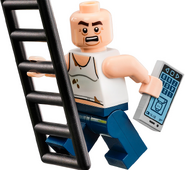 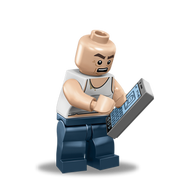 CGI Victor
Add a photo to this gallery