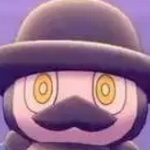 Hi, welcome to Brickipedia :). Hmmm... well, our main forums about the wiki are at Forum:Administration, and Special:Random will take you to a random page if you want to edit a random article. There is also a list of recent edits that is handy for finding and reverting vandalism, which happens around here sometimes. ajr 23:59, September 7, 2010 (UTC)

Can you please vote on my RFA? BobaFett Talk

RE:I give you this for being awesome

Thanks! Could you consider making an MOCPages account? MOCpages is a site for posting your LEGO creations. I post my creations here. BobaFett Talk

We used to have article comments enabled, and they still haven't been removed from all articles. BobaFett Talk

Join the MBA! (NOTE: This army is not with or against CM4S's army). -You Know Who it is.

Retrieved from "https://lego.fandom.com/wiki/User_talk:Dragonian_King?oldid=1854274"
Community content is available under CC-BY-SA unless otherwise noted.