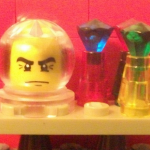 Welcome to my Talk page!

Can I be in one of your comics as an ally of your person? It would be cool to have people from Brickipedia attacking some vandals :D If you have Pepper Roni, I kinda look like him. If you don't, I also bear a resemblance to Agent Fuse. It would be awesome. Thanks and hope you consider it, GG 360

I Don't have The Pepper Figure, But I Have The Face and I'll Choose The Hair. (It Dosen't Matter The Torso, Every Users Fig always has a Different Style Each comic.) Flex is Not Gonna Be a Character By The End of august, So I'll Be Happy to Have More Figs to Use! But Can you Create a User Page & maybe Comment on The Crotocall wiki? & I Can't Have you Be My Sidekick, NOBODY already is. Thanks for.......Talking? I'm Crotocall! Founder and Owner of Crotocall® Studios! I ♥ Girls!

Wow, Thanks! I'm Crotocall! Founder and Owner of Crotocall® Studios! I ♥ Girls!

Unfortunately, you can't join the BOR. The reasons are: BOR is limited to a certain number of people similar to the way that adminship is limited. We do not need more BOR members yet and you have to prove you are active on MOS page and you know what a Good/Featured Article should look like. We just had an election a month or two ago and so there isn't much chance that we will need another person anytime soon. Try asking if you can bee ccg though (get some articles to complete first). BobaFett Talk

Yeah, MF3 and I are the BOR members from this election. CCG stands for Completeness Check Group (soon to be CCG Agents). They are able to make articles complete on the Brickipedia:Completeness/Article proposals page. BobaFett Talk

Umm?? This(dictionariapedia) might be a encyclopedia wiki too!!Oh, and certain user boxes on your page ,I want them to be deleted. Thank you!

Which Userboxes? EDIT: I Deleted the Ones about The Kissing Gag. :P Please don't ask me to Delete The Love One too! I'm Crotocall! Founder and Owner of Crotocall® Studios! I ♥ Girls!

I didn't, ajr did. BobaFett Talk

Re: ( the title you put on my talk page)

Im really sorry if I offended you, but those words that you put on that blog post just wasn't made for the public to see. The whole " exposure " I thought that was just too "going overboard" to place there, as you see sooooo many un-registered contributors make it to that page and, well I was just making sure it was safe. I'm sorry if it got to you, and I'll leave you to your personal thoughts but at the same time keep this wiki clean. Just trying to do my best as a patroller. Again i'm sorry. I hope you won't be mad at me for this matter.

Fine. Sorry if I'm Being a Nuisance. I'll Try to Keep all My Edits...*Gulmp*..G Rated. I'm Crotocall! Founder and Owner of Crotocall® Studios! I ♥ Girls!

I hope you remember me from the Atlantis wiki (I wasn't a contributer).- User:Kingpinn2. P.S. if you can could you make a comic about me

So, got a girlfriend, did ye?

On Nerf Blaster Wiki I asked if you could come back and you said "Sorry, I Left. Besides, I'm Going to Get a Girlfriend Soon. :) Bye!". See you around, GG 360

Nah, not yet. Anyways, how about kick-starting the Studios thing again! I`d love to!

I kinda liked it, besides, I want to make a Brickinational comic called Brick-Out, which is basically Wipeout but with users from Brickipedia. It would be fun, besides, you could just continue without them and make moi a main character. I`m sure Nerfblasterpro would like to be a character too.

Retrieved from "https://lego.fandom.com/wiki/User_talk:Crotocall?oldid=1723629"
Community content is available under CC-BY-SA unless otherwise noted.