The Two-Face Henchman is a minifigure from the Batman theme who was included in one set and omitted from LEGO Batman: The Videogame, except for the DS versions. In 2012, they reappeared in the Super Heroes theme to accompany Two-Face.

In this variation, the henchmens' design is more detailed than the previous variation. They wear purple and orange jackets with a zipper and two pockets. Under the jacket they wear white shirts. They also have black hats and flesh colored hands. Their legs are grey and unprinted. Although both of them have the same body parts, their faces are different and only one of them wear sunglasses.

In LEGO Batman 2: DC Super Heroes, the Two-Face henchmen are nearly identical to their appearance in the set, but they have black hands rather than light nougat. 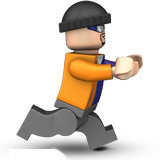 CGI of Super Heroes variant one 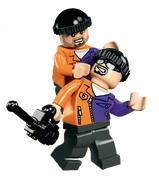 CGI of both henchmen 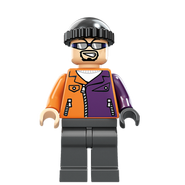 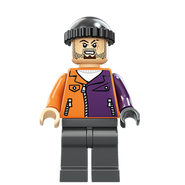 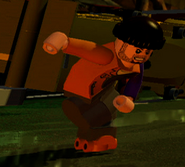 In LEGO DC Super-Villains.
Add a photo to this gallery