The Big Crime Wave! is a comic from LEGO Club Magazine Issue 1 2011. It is based on the City theme.

LEGO City is being overrun by crooks, causing a crime epidemic. The police move in to arrest the criminals, however, at the end, a police officer is stuck in a tricky situation, as he only has one pair of handcuffs, yet three thieves to arrest. Max then invites the reader to create their own comic with the LEGO City Police Comic Builder on the City website. 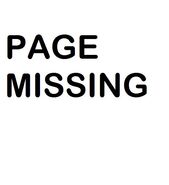 Add a photo to this gallery
Retrieved from "https://lego.fandom.com/wiki/The_Big_Crime_Wave!?oldid=1811882"
Community content is available under CC-BY-SA unless otherwise noted.