"Don't question Sir Fangar Mottrot. Why cant you be more like your brother Mungus?"
―Maula to Mottrot

Maula is the a Legends of Chima minifigure that was released in 2014. She is the queen of the Mammoth Tribe and Mungus and Mottrot's mother. 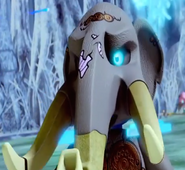 Maula in the TV Show 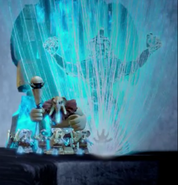 Maula Chi'ing-Up in the TV Series

Add a photo to this gallery
view · talk · edit Legends of Chima Minifigures
Retrieved from "https://lego.fandom.com/wiki/Maula?oldid=1958705"
Community content is available under CC-BY-SA unless otherwise noted.