Marceline the Vampire Queen is an Adventure Time minifigure released on November 18, 2016 as part of LEGO Dimensions.

Marceline is the daughter of the Nightosphere ruler Hunson Abadeer and a human woman. She was a vampire hunter until she was bitten by the Vampire King, and since then she's known as Marceline the Vampire Queen. She doesn´t need to suck blood, she just needs to feed on the color of red things. 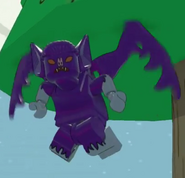 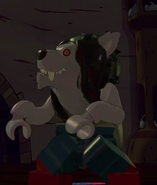 Wolf form
Add a photo to this gallery
Retrieved from "https://lego.fandom.com/wiki/Marceline_the_Vampire_Queen?oldid=1958583"
Community content is available under CC-BY-SA unless otherwise noted.