This article is about a video game. For the theme of the same name, see Island Xtreme Stunts.

Island Xtreme Stunts is the third and final video game in the LEGO Island series, released in 2002 and available on PC, PlayStation 2 and Game Boy Advance. A GameCube version was planned, but scrapped for unknown reasons. It was a crossover between two themes, Island Xtreme Stunts and Studios.

LEGO Studios has come to LEGO Island, and Pepper Roni has been cast the lead role in the upcoming/latest movie, Xtreme Stunts. However, once again, The Brickster has been released from jail somehow, and has also been given a role as the movie's villain. The Brickster-Bots are also now used as assistants in the movie sets, though they still cause trouble around the island. Most of the game is spent filming the scenes for the movie in minigames (side activities with other characters can be done in between filming events or after all of them have been completed as part of the game's progress; a few of them are essential for achieving things, like a road vehicle license). However, after the filming for the movie is finished, the Brickster reveals that he was using the movie as a cover for his latest scheme, and that the Brickster-Bots have built him a super computer-powered tower on top of Space Mountain that will destroy the island. The Brickster then tells everyone that he has kidnapped the Infomaniac and taken him to the top of the tower, warning that if anybody tries to stop him, "the old man gets it."

After Pepper borrows the Brickster's car and drives it across the island to the tower while being bombarded by falling objects, he climbs the mountain and tower. Pepper faces off against the Brickster and the Brickster-Bots at the top while Sky Lane tries to hack into the tower's computer to stop the impending explosion. Pepper defeats the Brickster, and Sky arrives in a helicopter, saying she wasn't able to stop the program, but was able to change its effect. Pepper and the Infomaniac escape with Sky on the helicopter, leaving the Brickster on top of his tower, which then self-destructs and he is left behind and falls down. Back on the island, the Brickster is arrested and put back in jail, but escapes once more, and Xtreme Stunts is shown at the theater.

According to several developers, the initial design for the third LEGO Island game (then called LEGO Island 3) was a Zelda-inspired game set on Adventurers' Island. It focused on the Silk Road, the working title for an Adventurers theme LEGO was developing. The theme's story involved following the trail of Marco Polo, and later evolved into the Orient Expedition theme released in 2003, which featured the same story premise.

The sample dungeon and character documents are some of the only examples of what this version of LEGO Island 3 may have been like. According to one programmer, the rewrite happened early enough that as far as they knew no specific assets were created for it - only early work that was just as relevant to Island Xtreme Stunts, like the higher detail minifigure model.

Island Xtreme Stunts was still named LEGO Island 3 for much of its development, but was renamed for marketing reasons (much like how Drome Racers was known as LEGO Racers 3 during development but renamed before release):

The game's lead designer and associate producer, Dean Roskell, has a Flickr album with images from the development of Island Xtreme Stunts for the PC and PlayStation 2 (and LEGO Island 2 for the GBA). It includes an early version of the Island Xtreme Stunts map design (shown right next to this paragraph). The description of it has some information on the development of the game:

The early version of the map has a location labeled "Rolf the Vet", with a "Matching Brickimals" subgame. In the final version of the game, Brickimals are simply built in Pepper's PDA once their pieces have been found around the island, with no subgame. Other locations shown on the map but not featured in the final game include a railway, a football/soccer field, and a separate island for the jail cell. 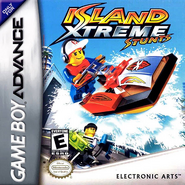 British advertisement, with prototype front covers
Add a photo to this gallery 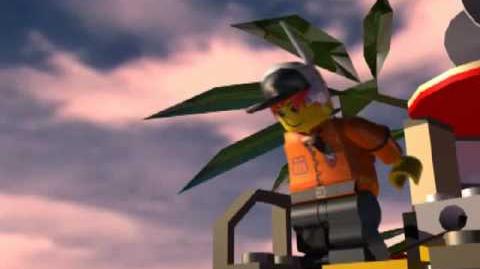 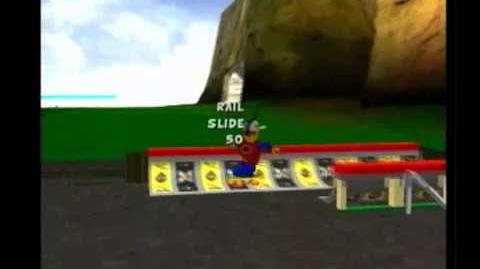 Island Xtreme Stunts GCN PS2 PC Trailer
A trailer for the game, with beta footage and a mention of the cancelled GameCube version 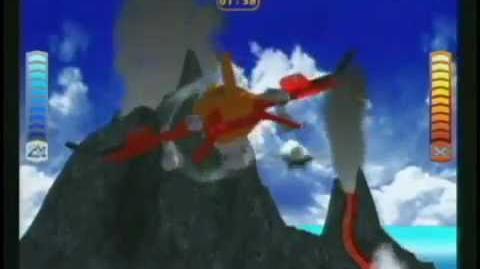 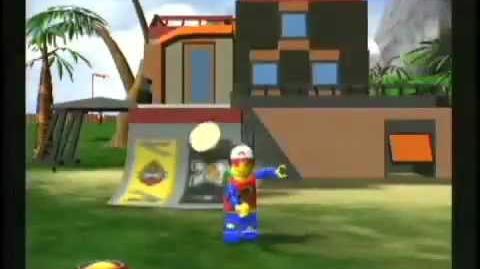 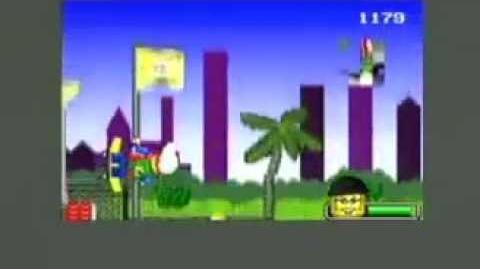