Gallimimus (gal-uh-MY-mus) is a dinosaur appearing in the video game, LEGO Jurassic World. It is also featured in the polybag set, 30320 Gallimimus Trap. In the first Jurassic Park movie, several gallimimus were being chased by the t-Rex but most escaped. 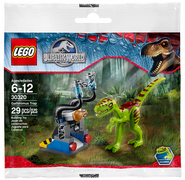 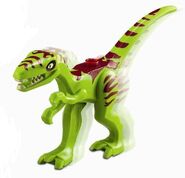 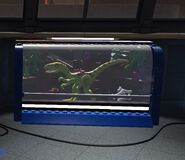 Coelophysis-style gallimimus in the game
Add a photo to this gallery
view · talk · edit Animals
Retrieved from "https://lego.fandom.com/wiki/Gallimimus?oldid=1922609"
Community content is available under CC-BY-SA unless otherwise noted.