Ego once told Thor that he was the result of a scientist merging with a planet when that planet's sun went nova.

Ego began absorbing space vessels and even other worlds to survive, planning interstellar conquest. This behavior attracted the attention of the Rigellian Colonizers, who feared that the nearby Ego would consume their home-world. They recruited the Thunder God Thor to defeat Ego. Accompanied by a Rigellian Recorder, Thor encountered Ego, who vowed never to leave the Black Galaxy and renounced its plans of conquest, feeling humiliated by his defeat. Several months later, a weakened Galactus invaded Ego's space and seeked to replenish his energy by consuming Ego. Thor aided Ego in battling Galactus, and drove Galactus off. In gratitude Ego allowed its surface to become the new home of the Wanderers, a group of various alien races whose planets had been the very first to be devoured by Galactus billions of years ago.

Ego is a celestial who was married from a human and gave birth to a child. After many years, he later reunited with his son and later admitted to him that he gave a tumor to his wife which caused him and his son to clash from each other. 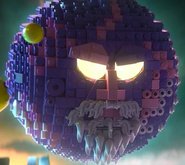 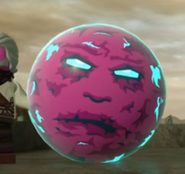 Ego (Vol. 2) in his planet form.
Add a photo to this gallery
Retrieved from "https://lego.fandom.com/wiki/Ego?oldid=1950586"
Community content is available under CC-BY-SA unless otherwise noted.