Dino Attack (Dino 2010 in Europe) was a theme released in 2005. Each set included futuristic vehicles fighting against mutant dinosaurs. It includes 5 sets of different vehicles and dinosaurs and is the third LEGO System theme related to dinosaurs. It had a team of 4 minifigures (Shadow, Digger, Specs, and Viper) trying to stop invading dinosaurs.

The Dino 2010 sets are slightly different from the Dino Attack counterparts. These sets take place after the previous sets mentioned, and are identical but instead of large weapons the sets are given grappling hooks and large cages for capturing mutant dinosaurs. The location also seems to have been changed from a ruined city to a deep jungle. This theme is closer to Dino Island than Dino Attack is, because of the locations and they capture the dinosaurs instead of killing them. Dino 2010 characters appear on My LEGO Network. These sets were only released in Europe, while Dino Attack was in North America and Australia.

A version of the Dino Attack logo bearing the head of a T-rex. 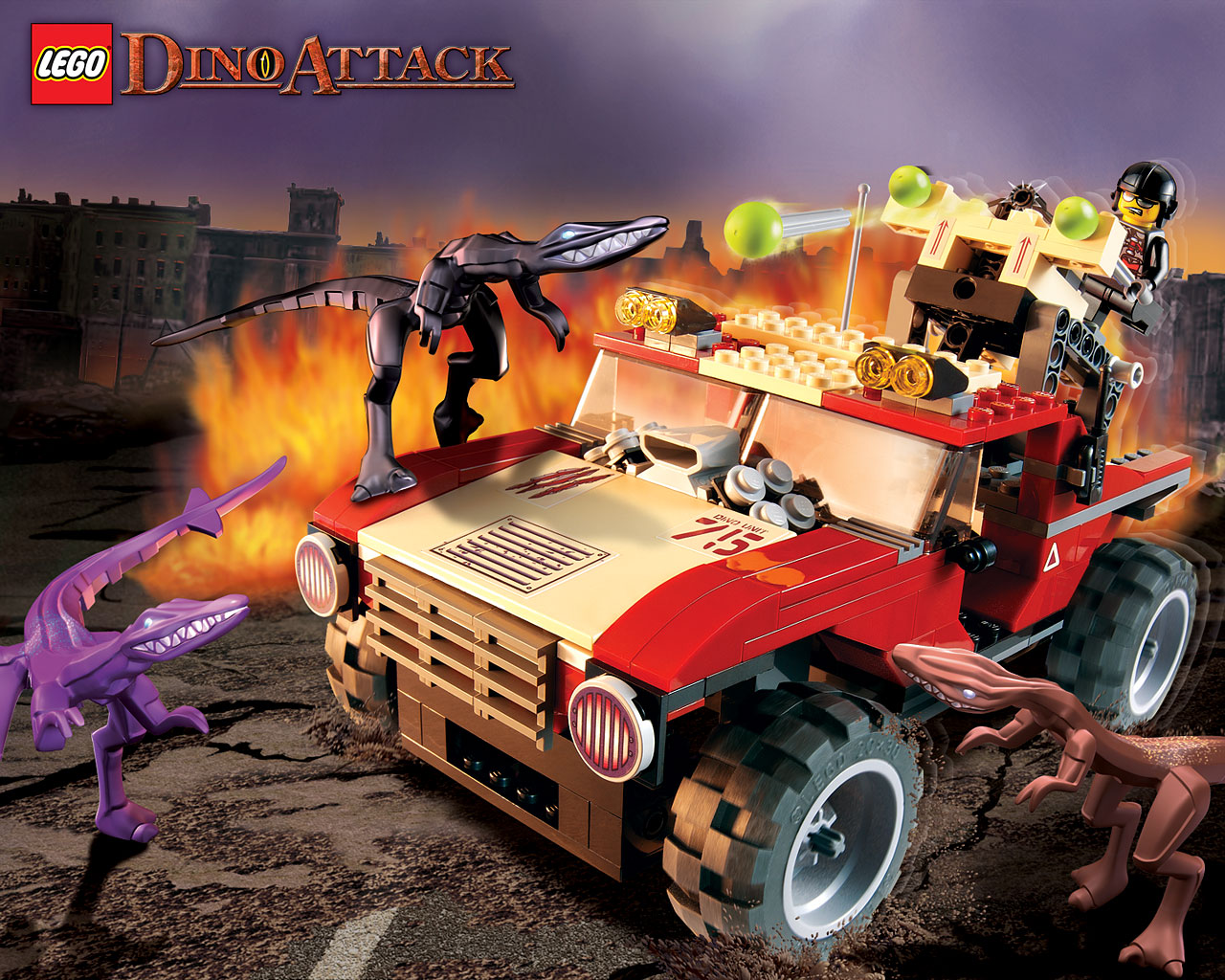 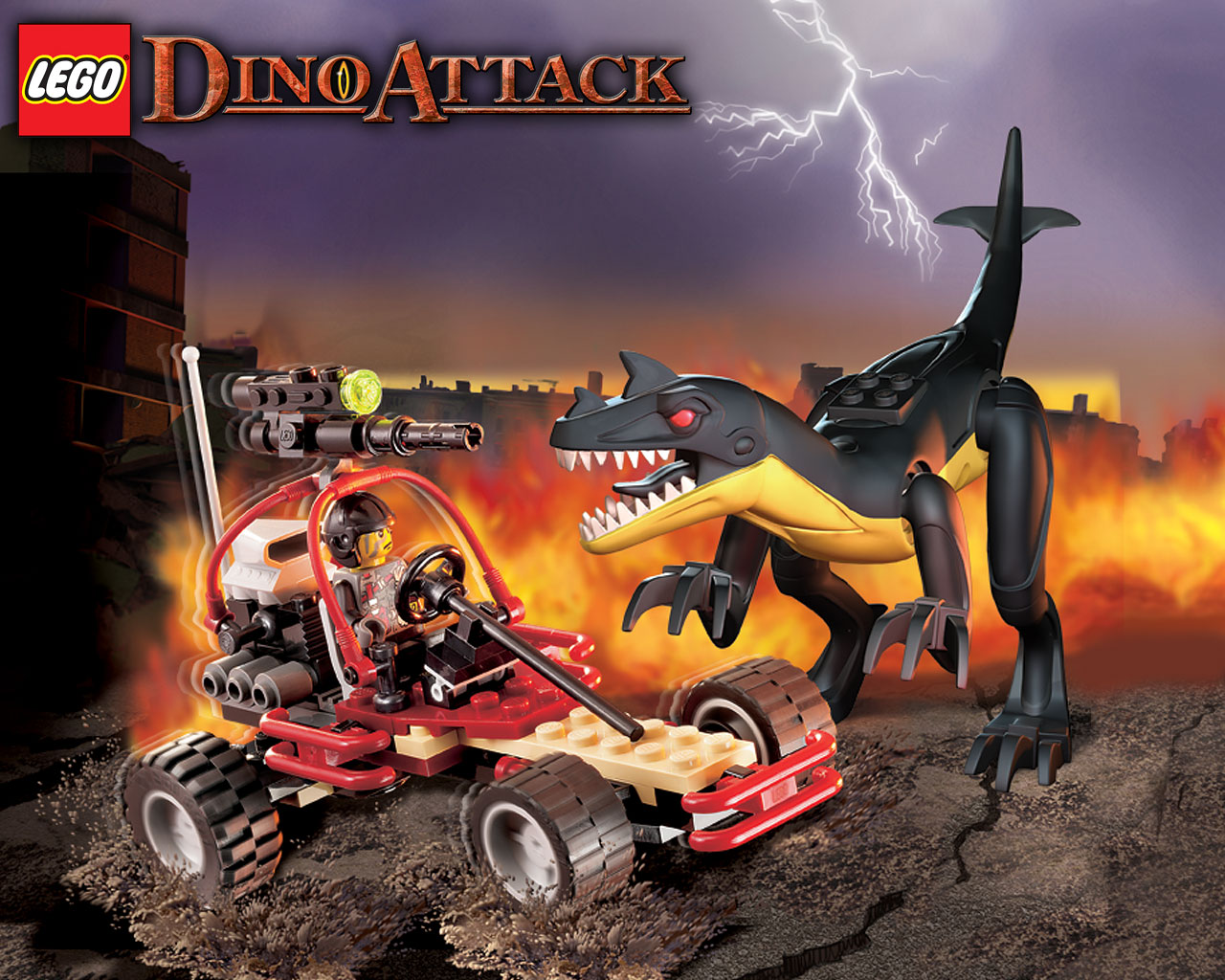 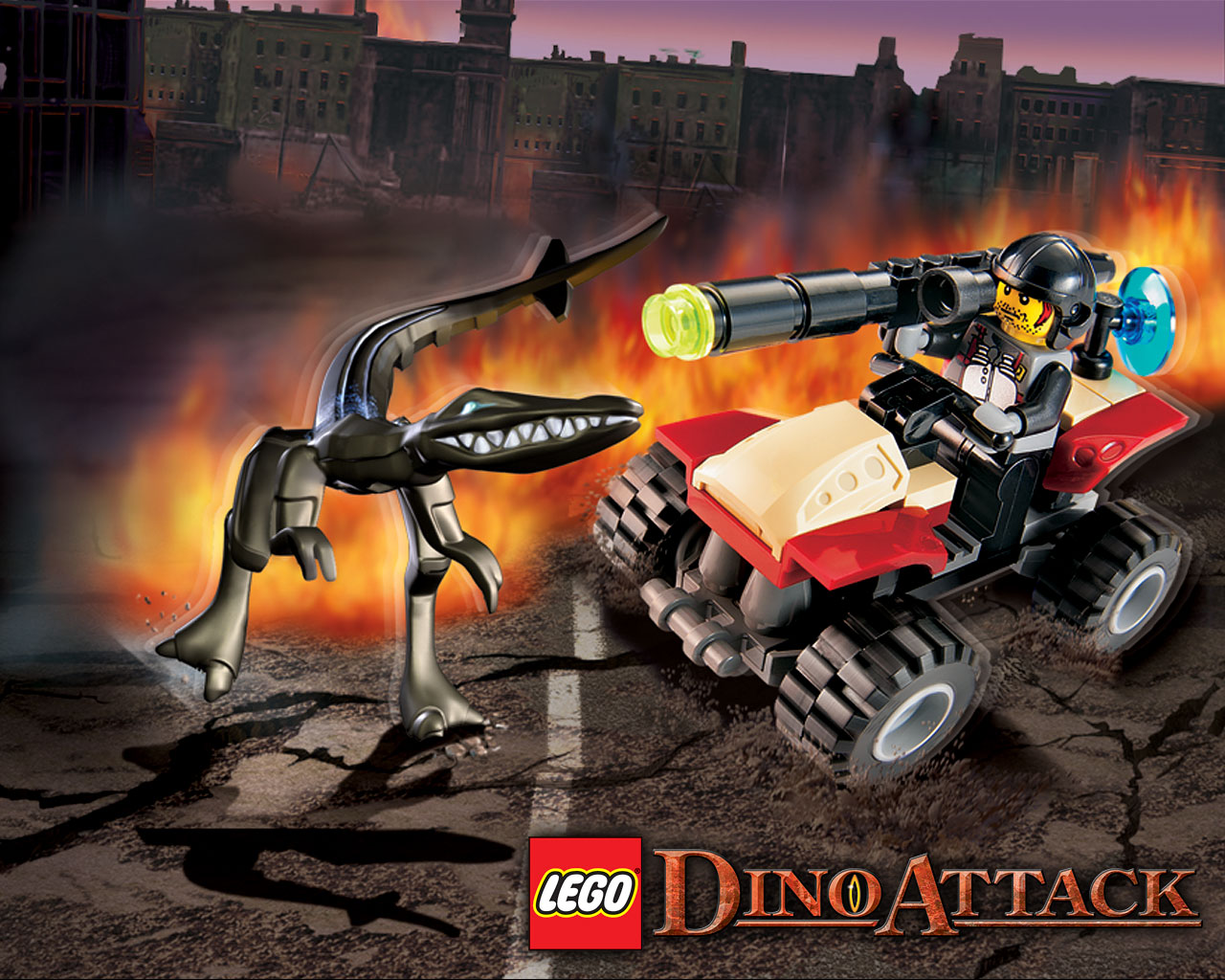 Retrieved from "https://lego.fandom.com/wiki/Dino_Attack?oldid=1886250"
Community content is available under CC-BY-SA unless otherwise noted.