The Blue Lion Knights are Castle minifigures released in 2013.

In The LEGO Movie, some Lion Knights appeared as residents in Middle Zealand. A bunch of Lion Knights alongside a Dragon were seen listening to Wyldstyle's "broadcast" and were seen assembling some weapons to help fight against Lord Business's Micro Managers.

On a related note, some of the Lion Knights were recycled as Sir Stackabrick and some Gallant Guards who appear as Master Builders in Cloud Cuckoo Land. 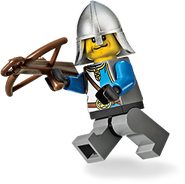 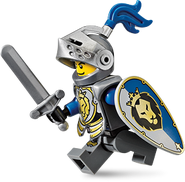 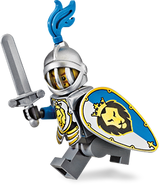 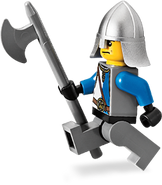 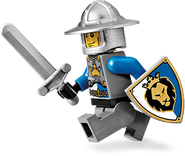 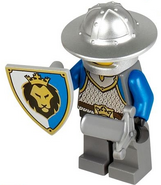 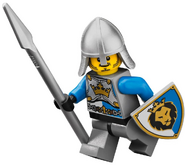 Lion Knight one
Add a photo to this gallery
Retrieved from "https://lego.fandom.com/wiki/Blue_Lion_Knights?oldid=1879093"
Community content is available under CC-BY-SA unless otherwise noted.