8905 Thok is a BIONICLE set released in early 2006. It contains Thok, who was a Piraka. He was armed with an ice gun, and was once part of the Dark Hunters organization. After he left the Dark Hunters he went to Voya Nui to find the Mask of Life. 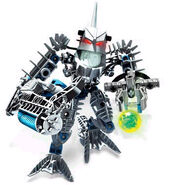 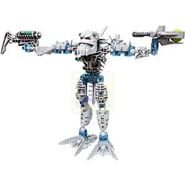 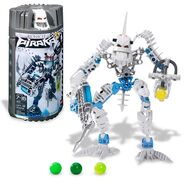 Thok in BIONICLE: Heroes
Add a photo to this gallery

Retrieved from "https://lego.fandom.com/wiki/8905_Thok?oldid=1938328"
Community content is available under CC-BY-SA unless otherwise noted.