4547551 Chrome Darth Vader was released in January 2009 as part of the LEGO Classic Star Wars line, consisting of a polybag containing a Darth Vader Minifigure in chrome black.

Alongside LEGO® Star Wars' 10th anniversary, LEGO produced Chrome Darth Vader Minifigures to promote the event. 10,000 Chrome Darth Vaders in shiny, reflective paint were randomly inserted into 2009 Star Wars sets in the US and Europe. (Contrary to LEGO's 2007 Gold C-3PO promotion for Star Wars' 30th anniversary, they decided to also include the battle packs in the list of sets that these special Minifigures would be randomly inserted into.) They were also given away as promotionals in some LEGO brand stores, or with the purchase of certain amounts of LEGO Star Wars sets in other countries. Aditionally, a New York Toy Fair 2009 exclusive contained this Minifigure. Also, in the chronicle, there was a competition to win it with any minifigure from Star Wars. It could also be obtained by the Australia LEGO Club Magazine by completing a survey inside. 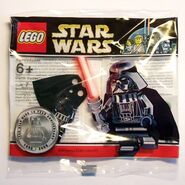 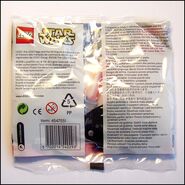 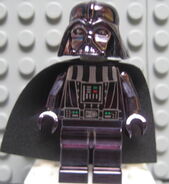 A comparison without helmets. 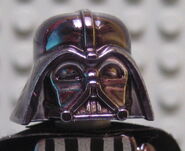 The chrome Vader from the 2009 Toy Fair 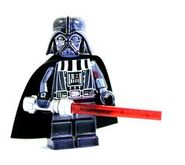 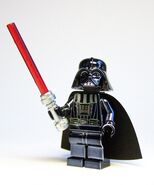 Another comparison
Add a photo to this gallery

Retrieved from "https://lego.fandom.com/wiki/4547551_Chrome_Darth_Vader?oldid=1929988"
Community content is available under CC-BY-SA unless otherwise noted.