30081 Skeleton Chopper is a promotional Ninjago Polybag set that was released in March 2011. It was a promotional set at Toys "R" Us with a purchase of $20 or more of any LEGO Ninjago sets. It also was included in The Sun on May 18 2011 in the UK and Ireland as part of The Sun / News of the World Promotions. The chopper could also be won in a Facebook competition hosted by The Sun for the UK in 2012. 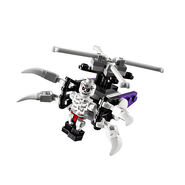 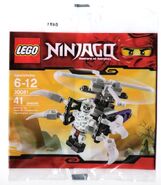 Bag
Add a photo to this gallery

Retrieved from "https://lego.fandom.com/wiki/30081_Skeleton_Chopper?oldid=1930770"
Community content is available under CC-BY-SA unless otherwise noted.