Design and defend your tower by building with real LEGO bricks!

Introducing LEGO FUSION – a fun and creative way of combining real LEGO brick building with your smartphone or tablet! Your game. Your way.

Your kingdom is under attack and only you have the power to defend it. Design and defend your Battle Tower against unpredictable invaders by building with real LEGO bricks! Build your 2D tower, layer by layer with LEGO bricks on the LEGO Fusion baseplate. Then snap it into your virtual game in the LEGO Battle Towers App for your smartphone or tablet with just a click. Watch it come to life in 3D! Recruit an army of wizards, archers and even castle chefs, ready to fight for you when darkness falls. Arm them with cool defenses including magic, fireballs or arrows and prepare for battle! Repair and redesign as you learn what will keep your tower intact to earn studs, unlock special features and reach the crown in the sky! 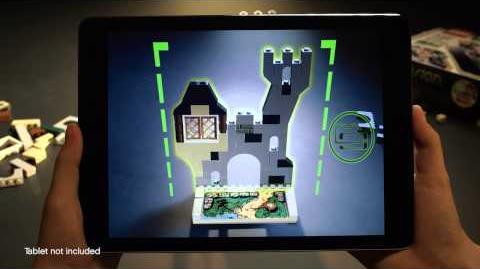